04.09.2017 Improving health and quality of life at every stage of life

Addiction in old age. Older persons are an important target group of the National Strategy on Addiction and the National Strategy for the Prevention of Non-communicable Diseases (NCD). Their relevance is further underscored by demographic ageing: according to the Federal Statistical Office, the number of people over 65 will almost double by 2045. These prospects illustrate the importance of health promotion measures that will contribute towards longer-lasting autonomy and relieve health systems. 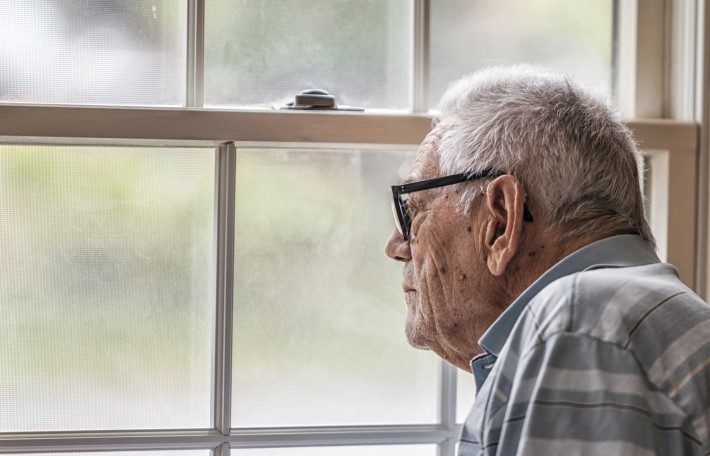 With advancing age, there is an increase in diseases that occur more frequently among older persons, such as cancer, diabetes, high blood pressure and depression. Studies have shown that elevated alcohol consumption is a risk factor for these diseases. According to the reporting system Addiction Monitoring in Switzerland, over 7% of men and women aged between 65 and 74 chronically consume high-risk quantities of alcohol. Due to physical changes, older persons react more strongly to alcohol. Negative consequences include falls, impaired performance and isolation.

Hypnotics and sedatives with addiction potential

Of all population groups, persons over 65 take the most medication, not least of all for therapeutic reasons. Consumptionis considered abusive if intake exceeds medical necessity or necessary quantities. The problematic groups of drugs include hypnotics and sedatives. According to Addiction Monitoring in Switzerland, there is a significant increase in the intake of these drugs among older persons, which can quickly lead to dependency. Even short-term intake increases the risk of falling. The combination of alcohol with hypnotics and sedatives or antidepressants is particularly problematic.

Tobacco as the main risk for oral diseases

Smoking is one of the main risk factors for NCDs. According to Addiction Monitoring in Switzerland, even though the percentage of the population who smoke daily in advanced age is decreasing, the percentage who smoke at least 20 cigarettes per day is highest in the 65–74 age group. In terms of oral health that is so important in older persons, tobacco and alcohol consumption are primary risk factors. Smokers suffer from malignant oral diseases up to six times more frequently than non-smokers, whereby the combination of alcohol and smoking increases the risk. Studies indicate that stopping smoking even in advanced age can significantly reduce tobacco-related health risks.

Prevention in old age pays off

Reducing risk factors remains a central starting point in preventing non-communicable diseases, and prevention activities aim to improve health and quality of life at every stage of life. In the case of older people, maintaining autonomy and participation in social life are paramount. Social isolation and loneliness among the elderly are major psychosocial challenges with serious health consequences, from mental stress to a disproportionately high suicide rate among the elderly. Persons affected, their environment and stakeholders involved in standard care must be made aware, and knowledge of substance abuse problems in the elderly made accessible to all interested parties. This would constitute a major contribution to reducing care services and the costs thereof.