04.12.2015 Switzerland's health-related foreign policy: which objectives does it pursue and what has it already achieved?

Swiss Health Foreign Policy. The process of globalisation and the internationalisation of the public health sector generate a great demand for coordination between health, foreign and development policies. In order to ensure Switzerland’s capability to be a convincing partner with a coherent position and to represent its interests in the best way possible, the Swiss Health Foreign Policy (HFP) was approved in 2012 to serve as an instrument for this coordination. Thematic areas such as transport, environment, energy, security and global health are increasingly important topics in international relations. They play a substantial role in the sustainable development of societies, and can therefore no longer be addressed in isolation – nor be restricted to a state’s territory. Thanks to its HFP, Switzerland is well equipped to formulate and implement a coordinated and coherent health policy approach at both national and international levels. In addition, health is a useful tool for strengthening and further developing our international relations with key partners.

Pictures Switzerland's health-related foreign policy: which objectives does it pursue and what has it already achieved? 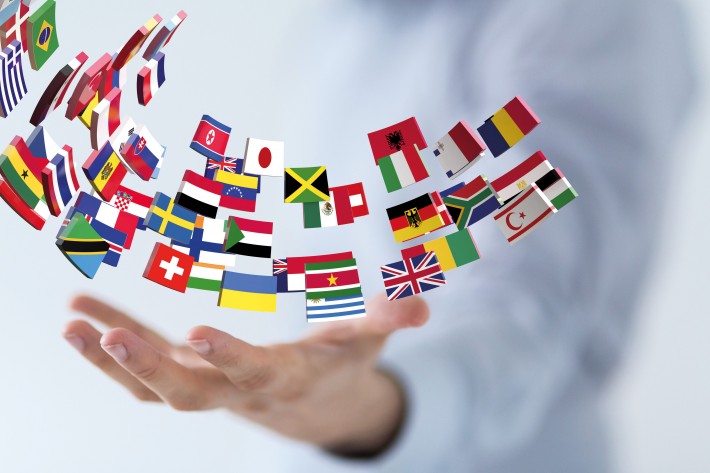 Pictures Switzerland's health-related foreign policy: which objectives does it pursue and what has it already achieved? 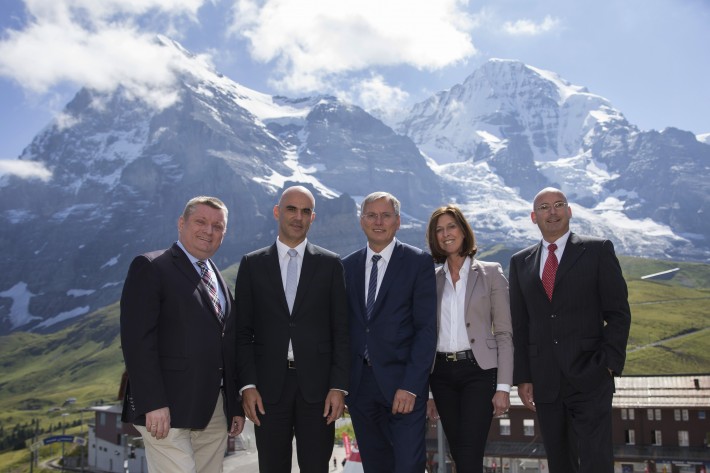 The third stakeholder conference of the Swiss Health Foreign Policy (HFP) took place on September 1st 2015. This platform is the HFP's latest established body. It convenes some fifty different civil society organisations with an interest in international cooperation in the health sector. Networking venues of this kind enable discussion, shaping and consolidation of Switzerland's position in the international health context.

Traditionally, global health issues were primarily discussed within the framework of the World Health Organisation (WHO). Recently however, about 175 international organisations, private actors and public-private partnerships surfaced in the global health area: The Vaccine Alliance (Gavi) and the Bill & Melinda Gates Foundation are amongst the most prominent ones. These new influential players have often more financial resources at their disposal than the WHO or national ministries of health.

The HFP is an enabling instrument to respond to the increasing complexity of the challenges posed by global health. Its approval by the Swiss government in 2006 and renewal in 2012 gave Switzerland pioneer status. Germany followed our example in 2013, and other countries are expected to follow suit.

The twenty objectives set in the HFP are geared around three main areas of engagement:

1. Greater coherence in our commitment to global health

The main objective of all our activities at the international level is to promote Switzerland's various interests related to health. First and foremost, they are public health interests. These may, however, overlap or even conflict with other interests, such as commercial or economic ones, Switzerland's policy on the European Union, the protection of intellectual property, or our solidarity commitment to development aid which aims at alleviating global poverty. Our efforts to ensure a coherent position aim at converging these diverse interests and channelling them towards a shared goal: the improvement of both public and global health.

… within the framework of the World Health Organisation (WHO)

Interministerial working groups within the Federal Administration develop agreed positions on the most important issues that are discussed in multilateral forums such as the World Health Assembly (WHA), which brings together Ministers of Health of 194 States in Geneva every year. Key topics at the 2015 WHA included the evaluation of the WHO’s response to the Ebola crisis and the establishment of new crisis management tools for pandemics (approved), the negotiations on a strategy paper regarding a "Framework of engagement with non-State actors" (decision postponed) as well as the question of raising the regular assessed contributions of Member States to the WHO's overall budget (rejected).

Even when engagement with non-State actors may seem trivial at first glance, the issue at stake is the weight that theWHO is willing to give to these actors in shaping global health priorities. Bearing in mind that the second-largest donor to the WHO after the USA is not another Member State but the Bill & Melinda Gates Foundation, it is essential to establish a framework that will protect the WHO against potential conflicts of interest. Switzerland, being the host state for a large number of international organisations, must participate in this discussion and champion respect for good governance. Our delegation therefore played a vigorous part during the ten days of negotiations on the margins of the WHA commissions. However, as it was not possible to bring the negotiations to a conclusion, the decision had to be postponed.

… in relation to thematic issues

Given the many pressing global health challenges, how can we define Switzerland's priorities? Our guidelines in this respect are the national objectives defined in the Health 2020 Strategy, which was approved by the Swiss government in January 2013. Our international activities are an extension of our national measures and thus enhance their importance and resonance.

Accordingly, Switzerland was one of the first countries to play an active role in the "Global Health Security Agenda" (GHSA) framework, an initiative launched by the United States in 2014. One of the GHSA’s priority actions is to combat antimicrobial resistance. In this context, Switzerland is committed to the "One Health" approach which encompasses animal, plant and human health as outlined in our National Strategy against Antibiotic Resistance (StAR).

In addition, Switzerland fosters the groundwork on dementia-related diseases at the international level. Hence, the FOPH has organised a number of workshops, notably in cooperation with the Organisation for Economic Co-operation and Development (OECD). A resolution for the World Health Assembly is currently being drafted which aims at raising awareness of the illness among Member States and thus helping to de-s-tigmatise it. Moreover, the resolution should give the related scientific research an additional boost. This work supplements and reinforces our National Dementia Strategy, which was approved by the Swiss government in 2014.

Further interesting examples of our activities in this regard include our work in the field of drug abuse, the fight against HIV/AIDS, as well as the health of the migrant population.

2. Strengthening relations with our key partners

Over and above multilateral topics, the HFP also intended to strengthen our relations with our key partners, namely the European Union and our neighbouring countries.

Switzerland has been pursuing the conclusion of a health agreement with the European Union for a number of years. The negotiations had been suspended for a considerable period, but were resumed at the end of 2013. We are now about to finalise the corresponding text of the agreement. Once concluded, the agreement will enable Switzerland to participate in the European cross-border health security framework, the European Centre for Disease Prevention and Control (ECDC) and the Third EU Health Programme. The latter enables interested Swiss institutions to team up with European partners and receive partial funding for innovative projects in the public health sector.

In addition to the European Union, Switzerland's most obvious partners are our neighbouring countries. Understand-ably, the need to work more closely together on health issues is greatest in border regions. In the Basel-Lörrach cross-border area, for instance, a pilot project allows patients residing in Germany or Switzerland to be treated on the other side of the border from where they live while having the costs covered by their health insurance. We are endeavouring to extend this possibility to the border regions with France by concluding a framework agreement on cross-border health cooperation. After prolonged negotiations, we hope to conclude the agreement before the end of 2016.

Apart from the practical aspects of cross-border issues, cooperation with our neighbouring countries also allows for exchanges at the highest political level. For instance, in August 2014 Switzerland organised the second meeting of the "Health Quintet", convening the health ministers of the German-speaking countries (Germany, Austria, Luxembourg, Liechtenstein and Switzerland). These meetings create a platform for in-depth exchanges on priority topics. A notable example was the Dementia Symposium held in Berne in early June 2015, at which around 100 experts from German-speaking countries exchanged views and experience on the challenges posed by this disease. The third Ministerial meeting of the "Health Quintet" was held in Vienna last September and will be followed by joint efforts on the issue of medicine prices. Such meetings can play a substantial part in enabling important health-related issues to gain (additional) attention and visibility. As a case in point, the first International Patient Safety Day (17 September 2015) was the outcome of initiatives undertaken by German, Austrian and Swiss patient safety organisations, and supported by the ministries concerned.

3. Exchange of experience and best practices

There are numerous and diverse sources of inspiration for developing new national measures. They include innovative methods for promoting physical activity among the public like the ones introduced by the London authorities during the 2012 Olympic Games or the establishment of a new centre in Berlin for quality of care. The development of a strategy for improving the mental health of young people in Austria is yet another specific example from which we draw inspiration.

Similarly, representatives of other countries regularly visit Switzerland to gain a better understanding of our approaches to problems and our best practices, and to seek inspiration from them. Many
foreign delegations are keen to learn about our four-pillar policy on drug abuse. They are equally interested in our healthcare system as a whole, the way our medical insurance regulations work or how responsibilities are shared between the Confederation and the cantons.

Achieving greater coherence, strengthening partnerships and increasing the exchange of experience: the Swiss Health Foreign Policy serves as an important bridge between national, European and global health-policy priorities by making our national policy goals heard beyond as well as within Switzerland. It allows us to introduce new topics and ideas to the domestic political debate and to maintain a network of bilateral and multilateral contacts. Since its introduction and institutionalisation, the HFP has enhanced its profile and effectiveness and achieved important objectives. However, while the diversity of the issues involved keeps increasing and their complexity grows, the resources to implement the HFP remain limited. Thus, the constant challenge is to focus on the concerns and partners that are expected to generate the greatest added value for public and global health interests.