SmokeFree Buddy app. Having the support of a friend or partner makes it easier to stop smoking. As part of its SmokeFree prevention campaign, the Federal Office of Public Health (FOPH) and its partners are launching a new mobile phone app that offers interactive support, the SmokeFree Buddy app. 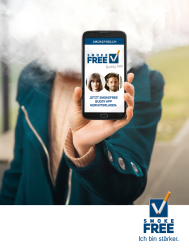 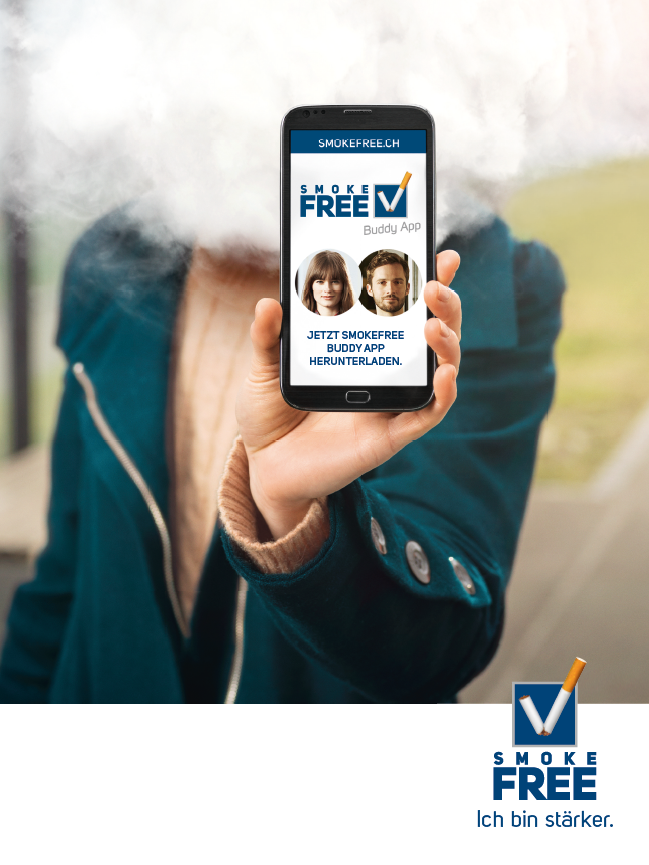 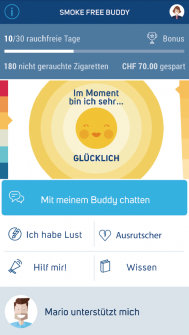 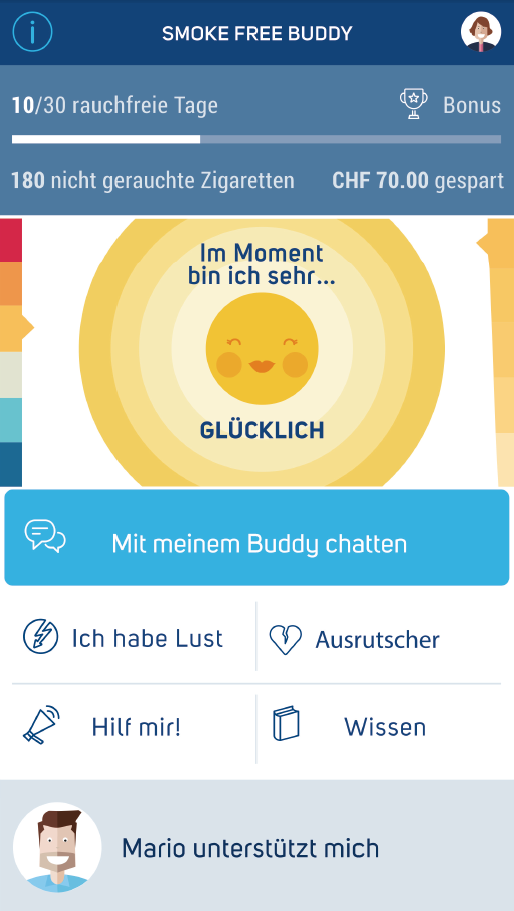 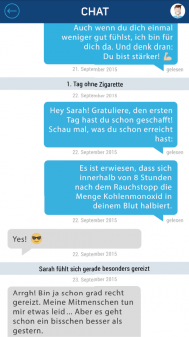 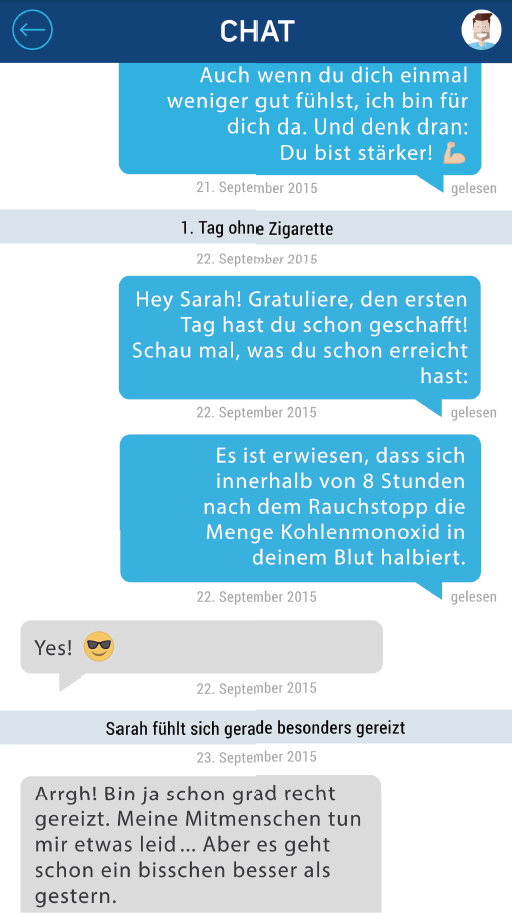 More than half of regular smokers (57%) have expressed the desire to be able to give up. The app is primarily designed to encourage these people to try again. Support from a friend is particularly helpful in the first weeks of withdrawal. Various studies have shown that support from a friend or loved one raises the chances of success of a person who wants to stop smoking.

SmokeFree Buddy is an app that allows a friend or loved one to intervene in real time in order to support the person who wants to quit smoking, as well as enabling the latter to express what they are feeling and ask for help at any time. Since the support person (the "buddy") has access to customized response modules developed by experts, they can provide the best possible support to the person trying to quit. The text modules can be edited and personal comments added. The app can also be used by two smokers who want to quit together.

Developed as part of the national SmokeFree campaign by the Institute of Global Health at the University of Geneva in close collaboration with the FOPH, the app draws on scientific insights and the experiences of smoking cessation specialists. The workings of the app are explained at www.smokefree.ch/buddy-app.

App as part of the SmokeFree campaign

Launched in early 2015 with the slogan "I am stronger", this tobacco prevention campaign is aimed at supporting those smokers who want to go smoke-free. In order to encourage them to take this step, new TV commercials have been brought out reminding people that smoking is the prime cause of lung cancer in Switzerland (85%), and that this disease is not something that just affects other people. The chances of success are greater if the person who wants to give up smoking obtains professional help – either directly or by telephone – during the withdrawal phase, e.g. by seeing their doctor or calling the 0848 000 181 stop-smoking helpline (8 centimes/minute). The SmokeFree Buddy app has the advantage of combining a professional approach with personalised support.

Smoking is the leading cause of premature death

In 2013, the proportion of smokers among the Swiss population stood at 25%. After a marked decline since the start of the 2000s, this proportion has remained virtually unchanged since 2008. Smoking remains the primary cause of premature death in Switzerland. Every year, 9,000 people die from the consequences of tobacco consumption. Lung cancer has caused by far the most deaths of any type of cancer over the last 40 years and more. In 2013, it caused the deaths of almost 2,000 men and over 1,200 women in Switzerland (18% of cancer deaths, and 5% of all deaths).