Rare diseases. In Switzerland some 500 000 people suffer from a rare disease. Between 7 000 and 8 000 such diseases exist. There are so many of them that they account for a quarter of illnesses worldwide and are thus as frequent as one of the most widespread diseases. How- ever, the lower the number of people suffering from a particular disease, the less we know about its causes, symptoms and treatment options. 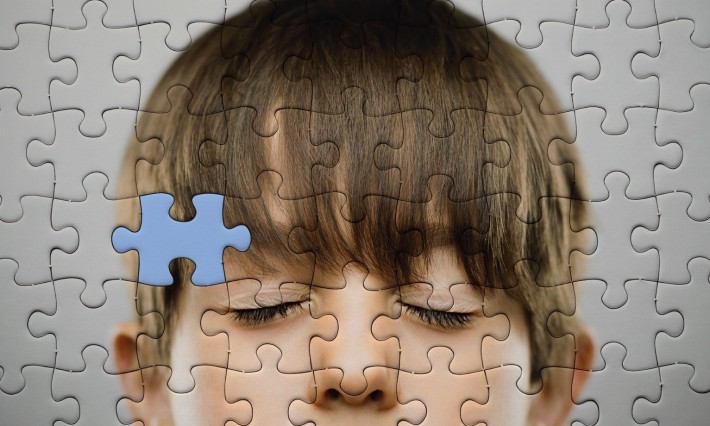 A disease is deemed to be rare when fewer than five out of every 10 000 people suffer from it. But they are usually even much rarer than that. They are characterised by the low number of patients with the same rare disease and by their supraregional distribution, which complicates diagnosis and treatment and the conduct of studies. Very few physicians specialise in rare diseases and they tend to be geographically far apart. Access to good treatment and care facilities is not always self-evident.

Patients often feel left to deal with their condition on their own. They usually do not know that, even though the number of people with the same disease is vanishingly small, many are faced with very similar problems in their everyday lives. Awareness of the metaphenomenon of rare diseases is lacking at all levels.

Paradox: rare diseases are rare only in isolation; viewed as a group, they are widespread.

To support the patients affected, their family members and caregivers, the Swiss government approved the National Rare Disease Policy (NRDP) on 15 October 2014 and the corresponding implementation plan on 13 May 2015. The aim had been to implement the measures set down in the NRDP by the end of 2017. This deadline proved to be too short as it took longer than planned to implement the key measure for designating the reference centres and care networks. Thanks to the National Rare Disease Coordination (kosek) body that was set up by the stakeholders in June 2017 and is now the lead agency in designating the reference centres and care networks, work can now proceed on the activities that depend on this step.

The main objectives of the National Rare Disease Policy are as follows:

Low patient numbers make it difficult to document treatment methods and long-term effects, which in turn can cause problems with providing the evidence required for reimbursement purposes.

For the reasons stated, it was obvious from the outset that implementation of the policy would face a number of challenges. Generally speaking, the data available is scanty. We often know little about the frequency and spontaneous course of the individual diseases. Research results – particularly failures – are not always communicated in a transparent way. Low patient numbers make it difficult to document treatment methods and long-term effects, which in turn can cause problems with providing the evidence required for reimbursement purposes. Then there are the often complex realities of care provision, the shortage of specialist know-how that parallels the rarity of the particular disease, and the lack of clarity on responsibility for coordinating treatment and care.

All stakeholders affected by the national policy (federal government, cantons, patients, physicians, health workers, researchers, representatives of social insurers, and others) had already been involved in drafting the policy and are playing a very active part in its implementation. Under the leadership of the FOPH, progress has therefore been achieved at many levels, thereby creating a foundation for the stated objective of improving care of the patients and family members affected.

A key role will be played by the National Rare Disease Coordination body (kosek) set up in June 2017, which is the lead agency in designating the reference centres, care networks and information platforms. Many other measures laid down in the policy are directly or indirectly connected with these structures since the aim is to bundle scientific, medical and socio-professional expertise within them. The first pilot project scheduled for 2018 is in the planning phase.

A key role will be played by the National Rare Disease Coordination body (kosek) set up in June 2017, which is the lead agency in designating the reference centres, care networks and information platforms.

Preliminary work on a Swiss Register of Rare Diseases is also far advanced. Such a register will greatly broaden our knowledge of rare diseases. In particular, it will reveal whether the figures derived to date from extrapolations are realistic. Furthermore, we will learn more about the spontaneous course of such diseases and the effects of treatment. The patients affected will receive information on international studies that are of relevance to them. In addition, we will gain new insights into appropriate care.

Questions regarding reimbursement of costs can prove particularly complex for patients with rare diseases. In children, the issue is whether the disease is deemed to be a birth defect. If it is, disability insurance covers the costs incurred by treatment up to the age of 20. The List of Birth Defects is also being revised and adapted in connection with the National Rare Disease Policy and the revision of the law on disability insurance. In the context of health insurance, the modifications that came into force in March 2017 at ordinance level and the availability of standardised application for reimbursement forms for physicians and hospitals are designed to clarify and streamline reimbursement procedures. The focus is on applications that require an individual case review by the health insurer and its independent medical advisory service.

The Swiss Catalogue of Learning Objectives for Undergraduate Medical Training, on which medical students can be tested from 2020 onwards, includes a section on rare diseases.

Of particular importance are the basic and further training and continuing education of physicians and other medical and non-medical professionals who have contact with the patients affected. The Swiss Catalogue of Learning Objectives for Undergraduate Medical Training, on which medical students can be tested from 2020 onwards, includes a section on rare diseases. Measures to raise awareness of the phenomenon of rare diseases are planned for 2018 and 2019. Individuals and institutions that can offer socio-professional support will also be included. A key element here is cooperation between the stakeholders involved in implementing the policy. Particularly valuable is the experience-based knowledge that patients and self-help organisations can offer; this too will be incorporated into the process.

Implementation to be extended

Implementation work to date has shown that international networking on rare diseases is indispensable for Switzerland.

In order to fulfil the federal government’s mandate, work on implementing the National Rare Disease Policy will be continued and completed between 1 January 2018 and 31 December 2019. What is more, quality of care for rare diseases will continue to be an ongoing topic of discussion. However, the FOPH’s current assessment is that, thanks to the foundation work scheduled for completion by the end of 2019 and the structures set up, the participating stakeholders can take over this task themselves and will no longer depend on the federal government for coordination.