National Programme Tobacco 2008-2012 (NPT 2008–2012). «Smoking-related cases of death and disease in Switzerland have been reduced». This was the mandate with which the Federal Council approved the NPT 2008–2012 in 2008 and commissioned the Federal Office of Public Health (FOPH) to implement it. How have tobacco consumption and control changed in Switzerland since then? Progress to date. 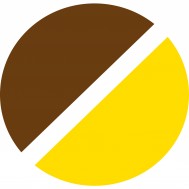 Pictures Fired up for less smoke 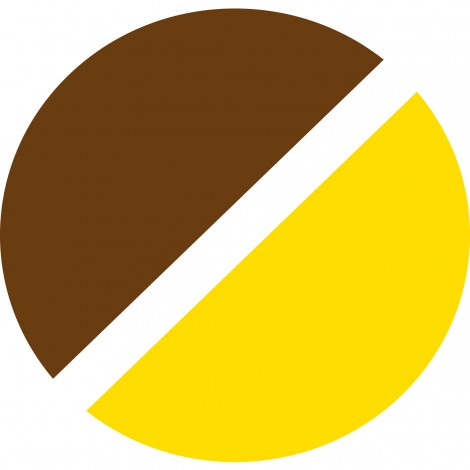 The figures reported by the Tobacco Monitoring Switzerland document impressive successes for tobacco control: the proportion of smokers in the 14–65 age group of the resident population fell from 33% in 2001 to 27% in 2009. The marked decline of nine percentage points to 22% for smokers in the 14–19 age group by 2009 is particularly gratifying. A positive trend has also been reported for passive smoking: While 35% of the 14–65 age group in the resident population were still exposed to second-hand smoke in 2002, the figure had fallen to 21% by 2008. This fall was due above all to the sharp increase in smoke-free workplaces. 82% of employees now work in premises where there is a general ban on smoking or where there are separate smoking areas, compared with only 58% in 2002. Knowledge and attitudes have also changed in many respects over the last few years. The large majority of people are now aware of the harmfulness of smoking, and 74% of them (2009) are in favour of a general ban on smoking in restaurants, cafés and bars. In addition, most smokers do not find it difficult to forego smoking in restaurants, cafés or bars or at work when a ban on smoking is in force (Tobacco Monitoring Switzerland, 2009). Interesting findings have also been produced by a study carried out by the Zürcher Fachhochschule and the University of Neuchâtel, which calculated the cost-benefit ratio of tobacco control. According to the study, tobacco control measures generate a return on investment (ROI) of 41. This means that every franc spent on tobacco control generates a net profit of 41 francs or prevents costs of 41 francs for society as a whole.
Despite the positive trends, however, the need for action in the field of tobacco control remains high. Tobacco consumption in Switzerland takes a toll of over 9,000 deaths each year. Smoking continues to be the biggest single cause of lost quality of life and lost years of life. Tobacco control must therefore remain a focus area of public health activities.

Four main action areas
To achieve the three main goals (cf. Fig. 1) of the NPT 2008–2012, work on the four priority action areas must continue. These areas are «Information and opinion formation», «Health protection and market regulation», «Behaviour-oriented prevention» and «Coordination and cooperation».

1) «Information and opinion formation»: from awareness-raising to activation
One important goal of the NPT 2008-2012 is to raise awareness among the public and individual target groups of the harm done by smoking and to make society take it for granted that people do not smoke. Tobacco control – which ideally encompasses not only individual consumers but also their environment – has to remain a focal point for both politics and the general public. The BRAVO campaign (www.bravo.ch), which ran until early 2010, met this requirement effectively. It gained the first Swiss Lung Cancer Journalism Award for the best mass-media journalistic and PR work on the subject of lung-cancer prevention. The new campaign «SmokeFree» takes up the topic at this point and develops it even further, deploying a touch of humour and positive messages to promote non-smoking.

2) «Health protection and market regulation»: extending the legal framework and fiscal policy
A wide range of diverse efforts to limit the harmful effects of smoking on health by means of structural measures are at the heart of this action area. The legal framework for the consumption, production, sale, advertising, etc., of tobacco-based products is to be brought into line with the latest scientific findings on the effectiveness of prevention measures and with prevailing international standards. Moreover, the new federal law setting out the Swiss-wide minimum requirements for protection against passive smoking has been in force since 1 May 2010.
Besides legal provisions, higher taxes on tobacco products are also an extremely effective prevention tool. As a study conducted by the FOPH and the Federal Customs Administration shows, a 30-centime tax rise in 2006 had consistently positive effects: revenues rose, smuggling and the black market remained insignificant and tobacco consumption declined. There have been further tax increases since then, and from 1 January 2011 a packet of cigarettes will cost another 20 centimes more.
The drafting of a new law governing tobacco products is a further regulatory project in the framework of the current NPT 2008–2012.  Its purpose is to set out the applicable regulations on tobacco products in a law that is separate and distinct from legislation on food.

3) «Behaviour-oriented prevention»: FOPH with a subsidiary role
All activities aimed at preventing or reducing behaviour that is harmful to health are at the heart of behaviour-oriented prevention. The lead in measures concerned with behavioural prevention is taken by the cantons, communal authorities and prevention institutions. The FOPH only has a subsidiary role to play in this action area. Here, the focus of the NPT 2008–2012 is on the young. Young people who do not smoke must be encouraged not to start. The second focus is on supporting those who have stopped or want to stop smoking. Since the beginning of 2010, the new combined image and text-based warnings on tobacco product packaging also contain a reference to the 0848 000 181 quitline. The quitline is financed by the Tobacco Control Fund and is run by the Arbeitsgemeinschaft Tabakprävention Schweiz (Swiss Association for Smoking Prevention) and the Swiss Cancer League.

4) «Coordination and cooperation»: strengthening links with the cantons
Coordination of NPT 2008–2012 measures and cooperation among all the players involved is a key task of the FOPH. The strategic and operative leadership of the NPT 2008–2012 started work as far back as 2008. The aim in future is to exploit synergies to an even greater extent and to step up experience-sharing. In particular, contacts and collaboration with the cantons are to be increased. The cantonal map available on the FOPH website is one of the tools that can be used for this purpose. Regularly updated, it provides information on cantonal regulations regarding protection against passive smoking, bans on the sale of tobacco products and restrictions on advertising.

The FOPH also monitors current developments relating to all aspects of tobacco consumption. Only in this way can modern, effective tobacco control be ensured.

Current activities
– Passive smoking: support with enforcing the Federal Law on Protection against Passive Smoking.
– Drafting of a law governing tobacco products in conjunction with the conclusion of a health agreement with the EU and ratification of the WHO Framework Convention on Tobacco Control (FCTC).
– Tax increases on tobacco products, efforts to combat smuggling.
– Implementation of a new tobacco control campaign.
– Preparations for a nationwide addiction monitoring system that includes all forms of addiction.