20.04.2017 Important decisions have been made for tobacco prevention

National Tobacco Programme (NTP 2008–2016). "Smoking-related cases of death and disease in Switzerland have been reduced." With this mission, the Federal Council adopted the NTP 2008–2016 in 2008 and commissioned the Federal Office of Public Health (FOPH) with its implementation. How have tobacco use and prevention developed since then? A review. 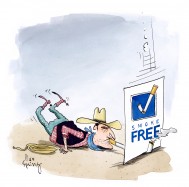 Pictures Important decisions have been made for tobacco prevention 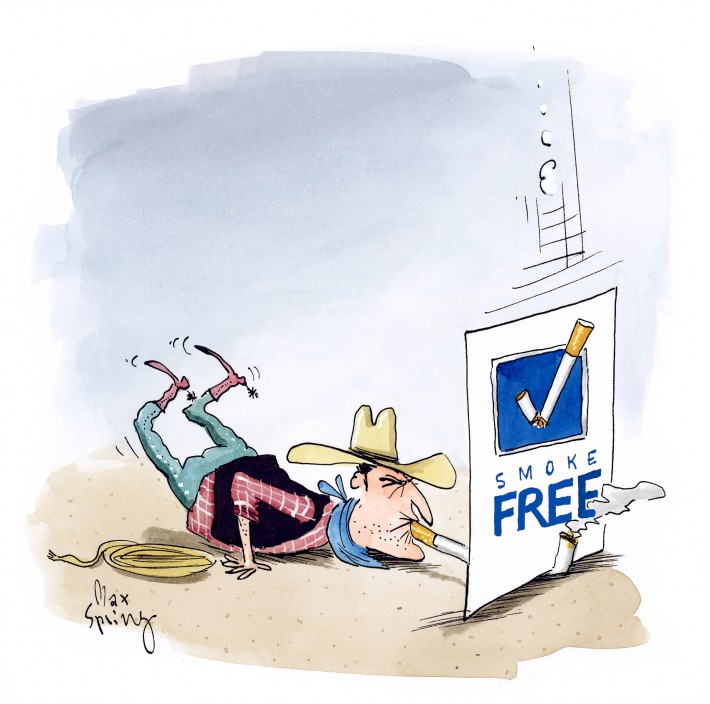 The data from Addiction Monitoring Switzerland demonstrate the success of tobacco control from 2008 to 2016. The proportion of smokers in the population has declined from 27 percent (2008) to 25 percent (2015). Another positive aspect is the decrease of smokers among 15- to 19-year-olds from 26 percent (2008) to 24 percent (2015). The trend in passive smoking is particularly pleasing: In 2008, 21 percent of the population were still exposed involuntarily to heavy cigarette smoke, but this fell to 5.4 percent in 2015. A significant factor was the implementation of the Federal Act on Protection against Passive Smoking, which came into force in May 2010. Awareness and attitude have also played a role in recent years. The great majority of the population is aware of the harm caused by smoking. 58.1 percent of voters (2015) supported a general ban on tobacco advertising and 69.7 percent supported a ban on tobacco advertising that applies everywhere except at points of sale.

1) Information and opinion formation: from awareness raising to activation

The population and its decision-makers must be aware of the dangers of tobacco Important decisions have been made for tobacco prevention products if they are to accept prevention measures. Mass-media campaigns are an effective way of communicating messages effectively to the public. 'Tobacco Monitoring Switzerland' was introduced in 2001 at the interface between communication and research. It was converted into 'Addiction Monitoring Switzerland' in 2011, and its reports document the changes in tobacco consumption and people's attitude towards smoking in Switzerland.

These developments focused on the various efforts to curb the harmful effects of tobacco consumption with structural measures. Legislative principles regarding the consumption, production, sale and advertising of tobacco products should be adapted to recent scientific data on the effectiveness of prevention measures and to internationally agreed standards. The Federal Act on Protection against Passive Smoking took effect on 1 May 2010; the Act prohibits smoking in enclosed and publically accessible buildings. This resulted in a substantial reduction in exposure of the population to passive smoking.

Interventions that are designed to prevent or reduce harmful behaviours are central to behavioural prevention. The cantons, communes and prevention institutions are responsible for organising behavioural prevention measures. The FOPH plays a relatively minor role in this regard. The NTP 2008–2016 focused on youth. Young non-smokers in particular were encouraged not to start smoking in the first place. Another focus was laid on promotion of quitting smoking. Since early 2010, warnings combined with images and texts on tobacco products also point to the 'quit smoking' phone number (+41 848 000 181). The 'quit smoking' number is funded by the Swiss Tobacco Prevention Fund (TPF) and operated by the Swiss Cancer League. Other tobacco prevention projects are listed in the TPF project database.

Coordination of measures in the NTP 2008–2016 and cooperation between its stakeholders (federal, cantonal, NGOs, professional associations, private) is a key responsibility of the FOPH. The strategic and operational leadership, held by FOPH, Federal Commission for Tobacco Prevention, Swiss Conference of Cantonal Health Directors, and TPF, of the NTP 2008–2016 started work in 2008. The competent authorities tried to make greater use of synergies and improve the sharing of relevant experience. In other words, "one goal, many voices". The partner platform for tobacco prevention and cantonal platforms for sharing information were established in German-speaking and French-speaking Switzerland. In particular, contact and cooperation with the cantons was enhanced.

Despite these positive developments, more work is still needed on tobacco prevention. In Switzerland, 25 people die every day as a consequence of tobacco use. This results in an overall cost to the Swiss public of about 5 billion francs per year. Smoking remains the most important single cause of shortening people's lifespan and reducing their quality of life. Tobacco is the most important risk factor for non-communicable diseases such as cancer, cardiovascular disease and respiratory disease. Tobacco prevention must therefore remain a major focus of public health.

The FOPH continues to follow the latest developments concerning tobacco consumption. This is the only way to conduct a contemporary and effective programme of tobacco control and prevention. From 2017–2024, this programme will be conducted as part of the "National Strategy for the Prevention of Non-communicable Diseases" and the "National Addiction Strategy".

Mission: Smoking-related cases of death and disease in Switzerland have been reduced.

Main goal 1: The proportion of smokers in the resident population of Switzerland has fallen from 29% (2007) to about 23%.

Main goal 3: The proportion of people who are exposed to other people's smoke (passive smoking) for 7 hours or more per week has fallen from 27% (2006) to about 5%.