20.08.2015 "Our aim is to form a resolute alliance for effective prevention in the area of non-communicable diseases."

Seven questions for Pascal Strupler. According to the Swiss Health Report recently published by the Swiss Health Observatory Obsan, the Swiss population is by and large in good health. Life expectancy in our country is the second highest in the world after Japan. However, the fact that people are living longer is creating some major challenges for the Swiss health service. Chronic disorders such as cancer, diabetes, cardiovascular diseases and dementia are becoming more prevalent. Health promotion and prevention are taking on an increasingly important role because many of these conditions are influenced by the individual's lifestyle – by factors such as smoking, alcohol consumption and the amount of physical activity we get. How is the Federal Office of Public Health facing up to this challenge? We asked its Director, Pascal Strupler.

Pictures "Our aim is to form a resolute alliance for effective prevention in the area of non-communicable diseases." 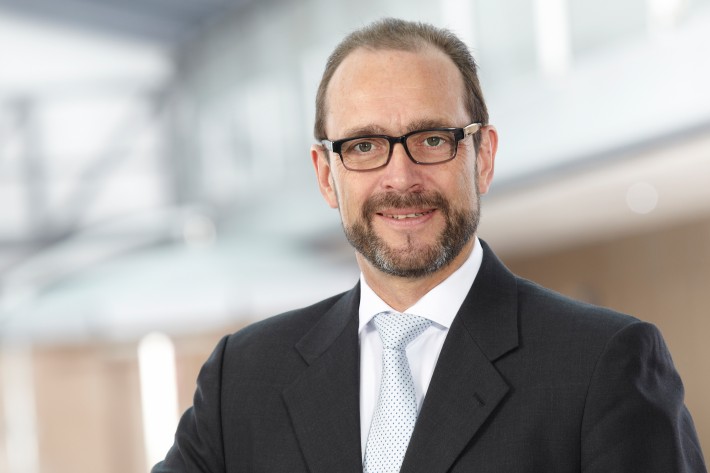 Pictures "Our aim is to form a resolute alliance for effective prevention in the area of non-communicable diseases." 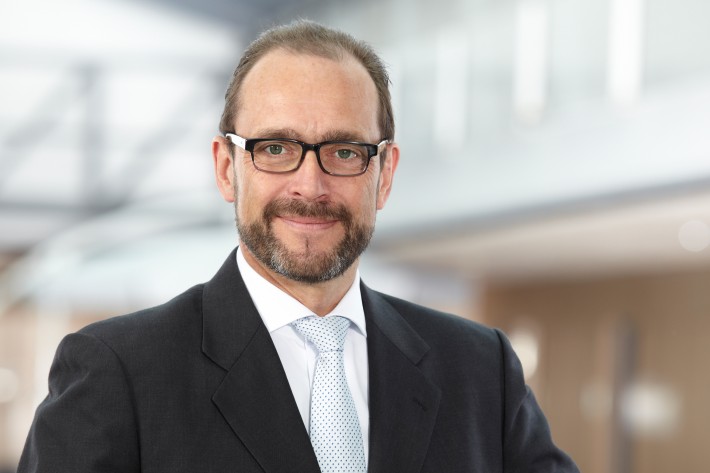 The Obsan report states that chronic diseases are the biggest challenge for our health system. According to the World Health Organisation WHO they are responsible for 90% of the total burden od disease. In Switzerland alone, some 2.2 million people are living with a chronic disease (lost years of healthy life). The federal government, cantons and other stakeholders have joined forces to develop a national strategy for preventing non-communicable diseases (NCDs). What can we expect of this strategy?

Our aim in developing the NCD strategy is to improve the health skills of the population and, as a result, improve people's health. People need to know more about and be more aware of avoidable unhealthy behaviours if they are to decide in favour of a healthier alternative. The strategy is intended to show how cancer, diabetes, cardiovascular diseases, chronic respiratory disorders and musculoskeletal diseases can be prevented – or at least how their progression can be slowed and their complications reduced. It is designed to act as a framework that all the stakeholders involved in prevention, and ultimately each and every one of us too, can use to guide their own behaviour. The strategy expands on existing resources. Our aim is to get the various stakeholders pulling together more vigorously in the future, overcoming conflicts of interest and together looking for solutions to the major problems ahead of us. In short, our aim is to form a resolute alliance for effective prevention in the area of non-communicable diseases. The resources and means that are available need to be deployed in an efficient and targeted manner.

The NCD strategy replaces the previous national prevention programmes focusing on alcohol, smoking and nutrition and physical activity. Will this not make prevention less focused and potent?

On the contrary, the new strategy will continue to focus on the risk factors threatening our health but it will embed them more comprehensively in our activities. We want to make contact with people in their everyday surroundings – in the workplace or in the staff restaurant, for example. We want to develop integrated programmes that target people's needs.

Another conclusion of the Obsan report is that additional effort is needed in the field of mental health. What is the FOPH doing in this area?

This is indeed an area that has been neglected in the past. The Federal Council has acknowledged this fact and has made the promotion of mental health and the prevention and early diagnosis of mental disorders one of the objectives of its overall Health 2020 strategy. The federal government has been working with the Conference of Cantonal Health Directors (GDK) and the Swiss Health Promotion Foundation in this area for several years. The joint "Mental Health Switzerland" network promotes the exchange between the stakeholders and strengthens the transfer of knowledge. In May the federal government and the cantons approved a report whose title translates as "Mental health in Switzerland. The current situation and areas for action". An implementation plan containing specific measures will be developed by the start of 2016. A working group is currently authoring an action plan for "Suicide prevention in Switzerland" with the aim of reducing the number of suicides in this country. Furthermore, the Federal Council will soon be publishing a report on "The future of psychiatry" that looks at the structure of psychiatric services.

Will additional funding be needed to implement these strategies?

It's too early to say at the moment, but we will of course have to answer this question as soon as the measures have been defined. The aim right now is to increase awareness of the fact that it is worthwhile investing in this area. Consider, for example, elderly people who will be less likely to need nursing care as a result of targeted prevention. An efficient company health management programme can reduce the number of expensive days lost through unfitness for work. A lot of companies are already involved in this area because they have understood the advantages it offers them, particularly in view of the ageing workforce.

The Obsan report highlights yet again the negative impact of a low level of education and low income on health. Can health policy influence the social factors on its own, or will other fields need to come on board too?

That's an important point. It will take more than individual responsibility and health policy to make the population healthy. We will only be able to achieve our goals in conjunction with numerous other policy areas, and that's why we are also seeking to cooperate closely with players in education, social, environmental and transport policy. We can only achieve our goals if our work is directed at the needs of and demand from the relevant target groups and if we involve the people who are affected. What we have to do is support them specifically in making the changes that they themselves want to make and are able to make in order to live healthily. This is an area in which we have certainly not reached the limits of involvement and commitment.

40% of the population and over 20% of junior-school children are overweight. Those are alarming figures. What measures are being planned to tackle this widespread problem?

Measures to counter excess weight and obesity are already being implemented as part of the National Nutrition and Physical Activity Programme (NPEB). These include promoting everyday physical activity and health management at work, and also measures to optimise the available therapy and counselling options. Where children are concerned it is important for the school and parents to be involved. This programme draws on experience gained by partners in Switzerland and elsewhere. We are implementing it in close cooperation with the Federal Food Safety and Veterinary Office (FSVO), the Federal Office of Sports (BASPO) and the Swiss Health Promotion Foundation. In addition, the Foundation is running the "healthy weight" action programme in collaboration with the cantons.

The Obsan report underlines the benefit of regular physical activity for health and also calls for measures to be implemented in the context of land-use and transport planning. Is this also part of the FOPH's remit?

Our environment has an influence on whether we engage in physical activity and how. This is why the FOPH, the Federal Offices of Spatial Development (ARE), Roads (FEDRO), Energy (FOE), the Environment (FOEN) and Transport (FOT) are supporting the creation of residential areas that encourage physical activity, safe and accessible playgrounds, footpaths and cycle paths and the promotion of human-powered transport. I can't emphasise often enough that, alongside nutrition, physical activity is the central key to a healthy weight and plays a decisive role in children's psychomotor development. Getting plenty of physical activity helps to combat stress, anxiety and depression and promotes physical and mental autonomy at all stages of life.