01.12.2014 Reducing the negative effects of alcohol consumption for the individual and society as a whole 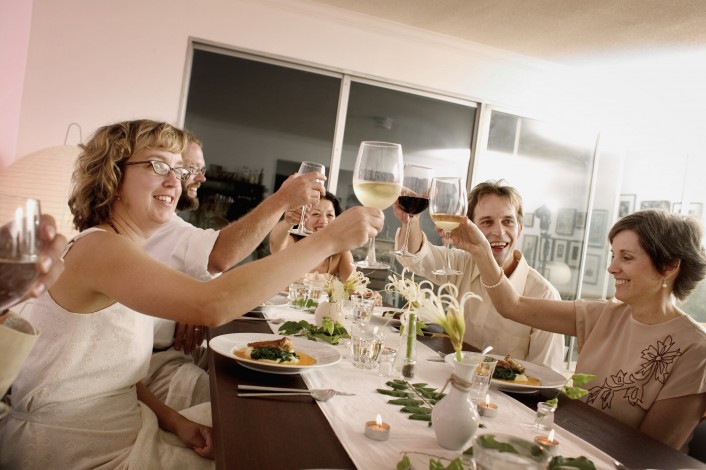 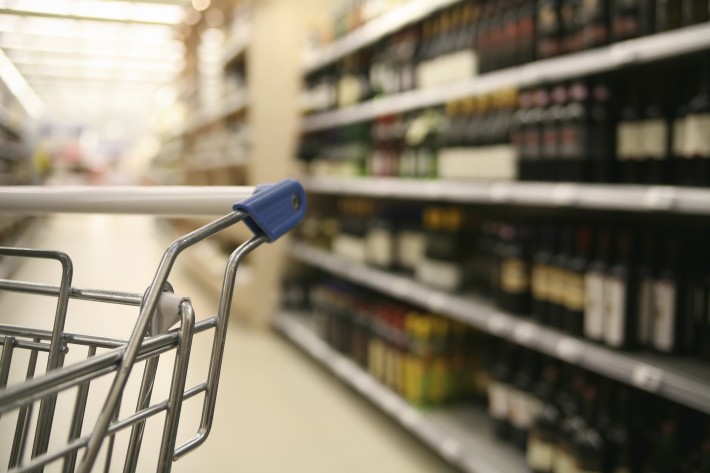 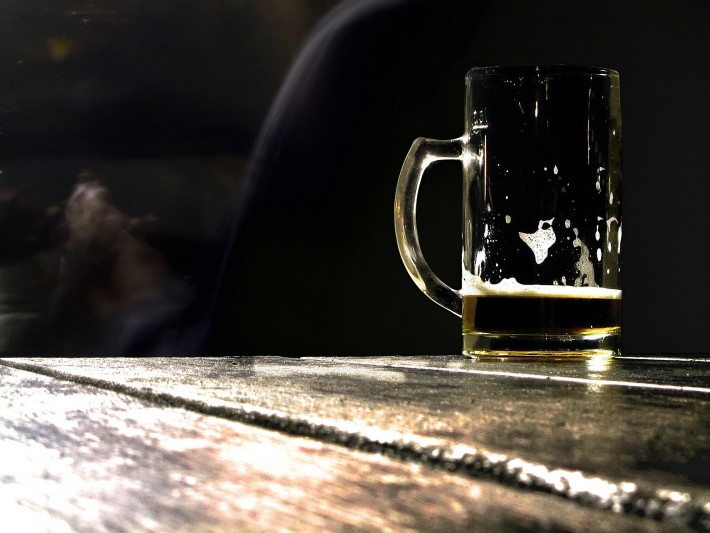 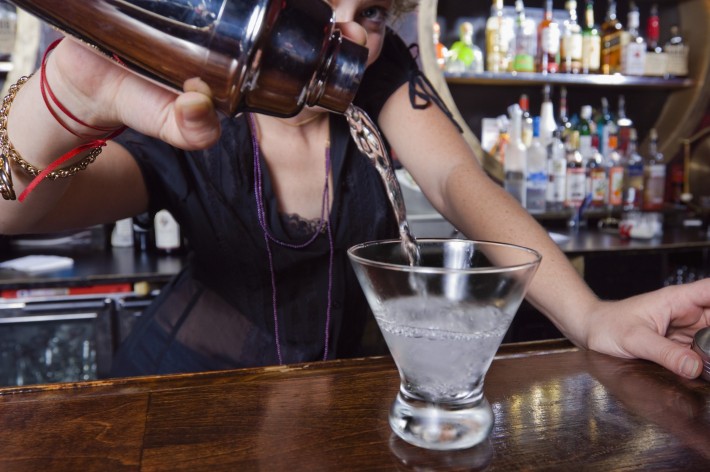 As a result of the evaluation of the first phase (2008-2012) of the NPA an impact model was drawn up in collaboration with the key partners in 2013. It defines the goals of the individual projects and develops indicators for reviewing their achievement. The key partners are the cantons, the Swiss Alcohol Board, Sucht Schweiz (Swiss anti-addiction institute), Infodrog (Swiss Office for the Coordination of Addiction Facilities) and the Swiss Conference of Cantonal Health
Directors (GDK).
The project, "Success Factors of Cantonal Alcohol Policy", which was initiated in 2013 and continued in 2014, is a focus and highlight of efforts to strengthen the alliance-based approach. This tool is used to assess the efficacy of cantonal measures in controlling alcohol use and is designed to support the cantons in their policies on alcohol.
The NPA comprises five action areas. The following is an overview of projects already completed or still ongoing in 2013 and 2014.

Action area 1: Health protection & promotion and early detection
As 15 to 24 year olds are a particularly vulnerable group, this action area focuses on early detection among young adults undergoing vocational training. The "Alcohol prevention in young adults undergoing vocational training" project is aimed at developing and implementing needs-oriented prevention programmes for companies that train apprentices. For this purpose, Sucht Schweiz carried out a survey of such companies and SMEs early in 2014. The survey was designed to furnish information on existing approaches to prevention and show which projects were the most promising.
Various online self-tests for alcohol use make a valuable contribution to early detection, thanks to their ease of access. Numerous organisations offer such tests, though they may vary to some extent in form and content. Infodrog therefore drew up a "Feasibility study for the standardisation of online alcohol self-tests", which shows ways in which such services can be standardised.

Action area 2: Treatment and social integration
This action area focuses on alcohol-dependent individuals and their families. The "Brief interventions by doctors" project devises professional development services for family doctors. These services help doctors to raise the subject of problematic alcohol use to their patients and, if necessary, to intervene.
Infodrog lead-manages the  "Strengthening of self-help" project, which aims to improve awareness of self-help organisations and step up collaboration between them and professional addiction management services. A conference on this topic was held in March 2014. Strengthening self-help is a valuable contribution towards achieving a diversified range of services.

Action area 3: Reduction of harm to individuals and society
The aim in this action area is to reduce alcohol-related harm to society, e.g. violence and accidents, and help children and adolescents in families with alcohol problems.
The "Raising awareness of professionals to alcohol-related harm in pregnancy" project is aimed at standardising messages that target pregnant women and their partners. The fact is that despite numerous studies on the topic, the scientific community and medical professionals are not in agreement. A report available since the end of 2013 summarises the grey areas and the contradictions that exist in some areas. The second phase of the project aims to create consensus on the messages to be communicated. To this end a survey of experts based on the Delphi Method has been running since 2014.
Approaches to youth protection at public events requiring authorisation are the responsibility of the cantons, but few of them have conceptual frameworks for this purpose. In 2013, an intercantonal working group therefore drew up a set of basic principles and recommendations on behalf of the Swiss Conference of Cantonal Health Directors (GDK). A range of material and ideas is to be made available to the cantonal prevention agencies. The focus in 2014 and 2015 is on presentation and communication of these recommendations.
Children suffer greatly when they have an alcohol-addicted parent. In this area the Sucht Schweiz "Risk assessment and intervention planning in families with an alcohol problem" project offers a wide array of measures such as training programmes, guidelines and networking meetings.
Project for "Development of a structured approach to the hospitalisation of young people suffering from alcohol intoxication": If a young person is hospitalised on account of alcohol intoxication, the procedures to be followed and follow-up care vary considerably in the hospitals. Sucht Schweiz investigated the different methods followed and drew up promising recommendations based on "best practice".

Action area 4: Market regulation and protection of minors
The Federal Alcohol Board (EAV) conducted test purchases to determine the extent to which laws governing the sale of alcohol to minors were being respected. The previous year's data were evaluated in July 2014.
Together with Gastrosuisse (hotels and restaurants federation), the EAV is vigorously promoting the "Training of sales staff" in this context. New posters have been produced which draw attention to the age restriction, as have age group tables. With their help, sales staff can rapidly determine the age of young purchasers of alcoholic beverages.

Action area 5: Information and awareness raising
The "Dialogue Week" organised as part of the "Talking about alcohol" alcohol prevention campaign took place in May 2013. Some 230 stakeholders in alcohol prevention drew attention to the topic of alcohol by organising a range of activities and seeking to engage in a dialogue with the general public. The 2015 Dialogue Week is currently in the planning stage. Future Dialogue Weeks will be supported by an umbrella campaign that is currently being drawn up.

Vision: Those who consume alcoholic beverages do so without harming themselves or others.
Main goal 1: Awareness-raising in the population: The population is familiar with the negative effects of alcohol use and supports appropriate measures for their reduction.
Main goal 2: Active protection of minors: Society, policy makers and the business community are aware of the special vulnerability of children and adolescents to alcoholic beverages and support appropriate measures to protect minors.
Main goal 3: Reduction of problem consumption: There is a reduction in binge drinking, chronic drinking and consumption that is inappropriate for the situation.
Main goal 4: Fight against alcohol dependence: The number of people dependent
on alcohol has decreased.
Main goal 5: Reduction of negative social consequences: The negative effects
of alcohol abuse on public life and the economy have been reduced.
Main goal 6: Protection of the immediate environment: The negative effects of alcohol on consumers' families and immediate social environment have been noticeably alleviated.
Main goal 7: Networking of stakeholders: Public and private sector stakeholders
in the area of alcohol coordinate their activities and contribute together to the successful implementation of the NPA 2013–2016.